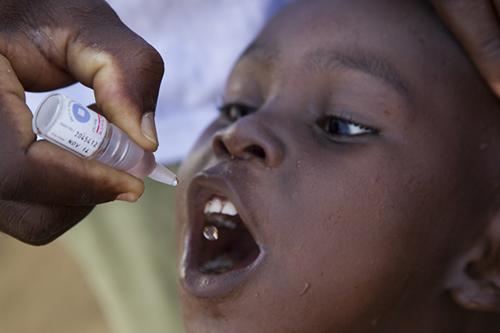 The Rotary District 7620 Project Trust Fund has produced a 46-minute long, broadcast-ready documentary about the Rotary leaders who had the courage and vision to believe that Rotary could eradicate the wild-polio virus from the entire world.  The film is meant to educate, motivate, and inspire Rotarians to continue supporting Rotary’s polio eradication efforts.

We have also produced a new 25-minute version of the film that tells the entire story of the film in an amount of time suitable for club programs.

According to the CDC (Center for Disease Control) by 1979 the wild polio virus was eradicated from the US and the entire developed world. Yet even though the Salk and Sabin vaccines were successful in eradicating the virus in developed countries, there were still more than 1,000 cases of polio being reported around the world in developing countries every day. Rotary International, one of the world’s largest international service organizations, was searching for a way to celebrate the organization’s 75th anniversary.  In 1979, a very small group of Rotary visionaries decided that worldwide polio eradication was actually possible, and began a crusade that is possibly the most successful public health campaign in the history of the world. Today, thirty-seven years later, WHO officials report that polio cases have been reduced by 99.9%.  Many experts expect the world to be polio free in the next year or two. When this milestone is achieved, it will be only the second time in history that a wild virus has been completely eradicated (smallpox was the first.)

The film’s objective is to tell the story of the men and women who dared to dream such an impossible goal back in 1979. Were they visionaries who fully understood the task they were undertaking, or were they fools that simply didn’t understand the enormity of tackling a goal that was too far out of reach? What can we learn from the Rotary leaders who accepted this challenge? What do they think of their own contribution, and the contribution of an enormous multi-organizational team, including the WHO, CDC, UNICEF, and the Bill and Melinda Gates Foundation, now that the goal is about to be achieved? Telling the story of these unknown and heroic community servants is crucial to everyone’s understanding of why the world is about to be a much healthier place. It is also an inspiration to all to have a true, larger than life example of how a small group of visionaries can inspire others and literally change the world.

The “Stars” of our film

The Dare to Dream documentary tells the story of how Rotary decided to eradicate polio using first person interviews with the following:

“Founding Fathers:”  We are fortunate that three of the Rotary leaders who were instrumental in leading Rotary towards polio eradication in the late 1970’s are still alive and were willing to participate in our project.  Sir Clem Renouf, RI President 1978-79, Cliff Dochterman, RI President 1992-93, and Dr. John Sever, Chief of the Infectious Disease Branch, Institute of Neurological Disease, NIH and District Governor of Rotary District 7620 1978-79.

“Story Tellers:” Two of the most accomplished Rotary historians agreed to be interviewed for Dare to Dream.  Sarah Gibbard Cook, author of “Rotary and the Gift of a Polio Free World, Vol. 1, and David Forward, author of “Doing Good in the World, The Inspiring Story of the Rotary Foundation’s First 100 Years.”

Public Health Experts:  Dr. Rafe Henderson, Director of the Expanded Program of Immunization for the WHO, and Dr. Stephen Cochi, Senior Advisor to the Director of Centers for Disease Control.

Rotarians have been supporting polio eradication since the goal was officially announced in 1985.  Thirty-four years later many Rotarians are unfamiliar with the story of how Rotary became engaged in disease eradication.  Rotarians and non-Rotarians alike don’t appreciate the differences of opinion within the public health community regarding how to achieve disease eradication.  And lastly, many Rotarians are weary of raising money for this seemingly unachievable goal.  Now that the end is in sight, and polio is on the verge of becoming the second wild virus in the history of the world to be eradicated (small pox was the first), it is imperative that Rotarians understand the enormity of the achievement that is within reach, and continue to support polio eradication for the three years needed after the last case of wild polio virus is reported for the disease to be officially certified as eradicated.  Dare to Dream is meant to educate, motivate, and entertain Rotarians and non-Rotarians alike, to continue to support Rotary’s Polio Plus campaign.

In 2014 Rotary District Governor Elect, Ken Solow, realized that Dr. John Sever, a legend in his Rotary District 7620, was virtually unknown among Rotarians around the world for his contribution to polio eradication.  He approached Dave and Ilana Bittner, the owners of the award winning production company, Pixel Workshop, about producing a short-tribute film about Dr. Sever.  Those initial conversations resulted in researching, writing, and producing the film, Dare to Dream, How Rotary Became the Heart and Soul of Polio Eradication.  Based on the book, “Rotary and the Gift of a Polio-Free World,” by Sarah Gibbard Cook, the film tells the “inside” and little known story about the Rotary leaders who put Rotary on the path to polio eradication and the public health controversies that had to be resolved in order for polio to become a world health priority.