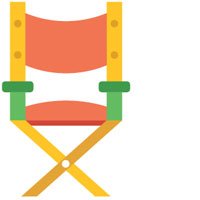 To date we have raised $48,000 for the project, not including the $5,000 that was invested by Rotary District 7620 to finance the trailer used for promotional purposes on the Daretodreamfilm.com website. From the viewpoint of our editorial freedom in telling our story, we benefit from the fact that we are a completely independent production under the auspices of the District 7620 Project Trust Fund. However, because the project is 100% funded by donors like you, we have to plan on completing the project using what we think are reasonable projections of future donations. To that end, we are now targeting a fundraising goal of $70,000 instead of our original goal of $100,000 for a one-hour documentary.

Some of the reduction in budget is due to changing the assumptions for production costs. For example, in our early forecasts we assumed we would send a production crew to Australia to film Clem Renouf. Instead, we hired a local crew and producer and monitored the interview by Skype from the Pixel Workshop offices in the U.S. We’ve scrapped similar plans to shoot in the Philippines. And we’ve carefully coordinated our remaining shooting schedule with the travel schedule of our cast so that we can further reduce expenses. Another way we will save is by the simple fact that we originally planned for a very large number (thousands) of small donations to fund the project. Instead, we’ve had a surprisingly small number of small contributors to the project, which means we save on the cost of promotional items promised as incentives on the website.

Finally, we are benefiting from the generosity of Ilana and Dave Bittner, owners of our production company, Pixel Workshop. Displaying no small amount of passion for this project, they have agreed to complete the documentary even though we have not fully funded the anticipated post-production costs of the film.

We want to emphasize that we are not finished raising money for Dare to Dream. Now that we have video from Clem Renouf, Cliff Dochterman, and John Sever, we plan to begin promoting the project on a club-by-club basis. We also still expect to do a cloud-based crowd-funded campaign similar to Kickstarter or Go Fund Me. Needless to say we hope our supporters will help to spread the word about the project using their own social media and personal networks to direct friends and associates to donate on our website. Our target to fully fund the project is an additional $20,000. 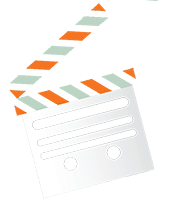 We are very proud to report to you that we have completed filming our three “founding fathers” of polio eradication, Past RI President’s Sir Clem Renouf and Cliff Dochterman, as well as Dr. John Sever. We have several hours of footage from each of them, and considering that Renouf and Dochterman are ages 95 and 90 respectively, they were remarkable in front of the camera. Next we begin to “fill in” the story by interviewing expert historians or current Rotary and public health leaders. In that regard, we have commitments from Sarah Gibbard Cook, Dave Forward, and Dr. Stephen Cocci, all mentioned previously, to appear in the project. In addition, we have commitments from the immediate past and present Rotary Polio Plus Committee Chairs, Bob Scott and Mike McGovern. Rounding out our storytellers we are pleased that Dr. Bruce Aylward, former Director of the World Health Organization, will be helping us tell the story of how the World Health Organization helped shape Rotary’s polio eradication effort be what we know today as Polio Plus.